History of the Awards

In April 2013 ex-local authority specialist teacher, Richard Daniel Curtis, founded a special needs consultancy service called The Root Of It.  In providing therapists, counsellors, psychologists and professionals for educational settings across England.  He noticed that many awards existed for individual teachers, but there were none to celebrate good SEN practice. 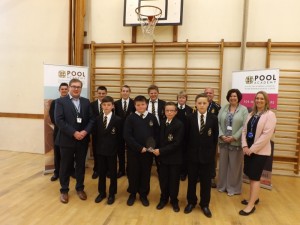 Richard set about founding awards to do just that.  In 2015 he established a judging panel from important organisations in the sector and set about establishing the award categories.  For the first year the team emailed every school they knew to get them to enter – 18 entries were received.

The SEN Awards continued the following year with entries open to primary and secondary schools in England.  By 2017, that had expanded to primary, secondary and FE settings across the four regions of the UK, reaching over 20,000 schools.  In 2018, this was expanded to cover inclusion in employment up to 25 years (in line with national SEND code of practice).  The awards were retitled to the National Special Educational Needs and Disability Awards and regional conferences were added to share the inspirational stories with more than a thousand settings across the country.

To complete the full spectrum of SEND, in 2019 a new category will be added to cover inclusion in Early Years, allowing the thousands of preschools, nurseries and childminders to share their amazing work.